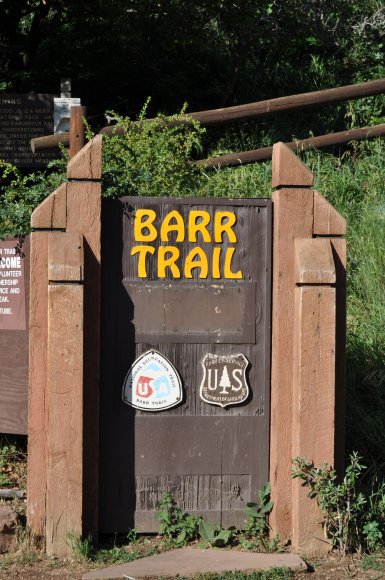 In 1914, a young man by the name of Fred Barr and his father started to build one of Pikes Peak Region's most famous trails.

When it was completed in 1921, it started out as a tourist burro ride. Now, this trail has turned into one of the most heavily traveled hikes due to traffic from the Manitou Incline as well as being a popular route to summit Pikes Peak (150,000 people a year) estimated by the USFS.

It is home to two of the most popular trail races in the area, the Barr Trail Mountain Race as well as the word renowned Pikes Peak Ascent/Marathon. 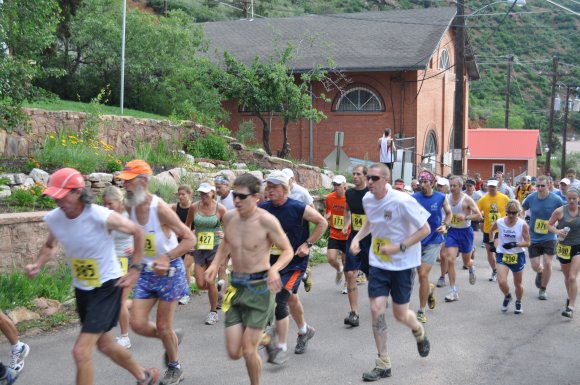 Runners vie for a good position at the start of the Barr Trail race.

Starting out at the top of Ruxton Avenue near the Pikes Peak Cog Railway, this beautiful trail takes you through numerous switchbacks on the east facing side of the mountain. Many great views of Colorado Springs and Manitou await until the view is swallowed up by trees and eventually valleys and hills. You'll pass through three ecological zones: Montane, Spruce-Fir, and Alpine. It took Fred Barr three summers of surveying the landscape to choose this beautiful route.

To find out more about the trail and for a play-by-play of what you need to expect along the way, check out the most famous runner on Pikes Peak with 12 Pikes Peak Marathon wins under his belt Matt Carpenter. Please keep in mind, due to the flooding in Sept. 2013, many boulders were pushed into the path of the trail. As always, prepare for this hike by taking plenty of water, snacks and protective weather gear. Start early in the day and keep an eye on the weather reports before you go. You can also visit Barr Camp on your way or grab a free donut when you get to the summit! 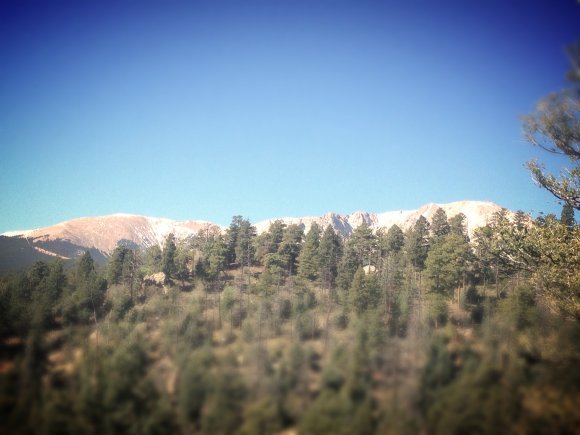 View of the summit from Barr Trail