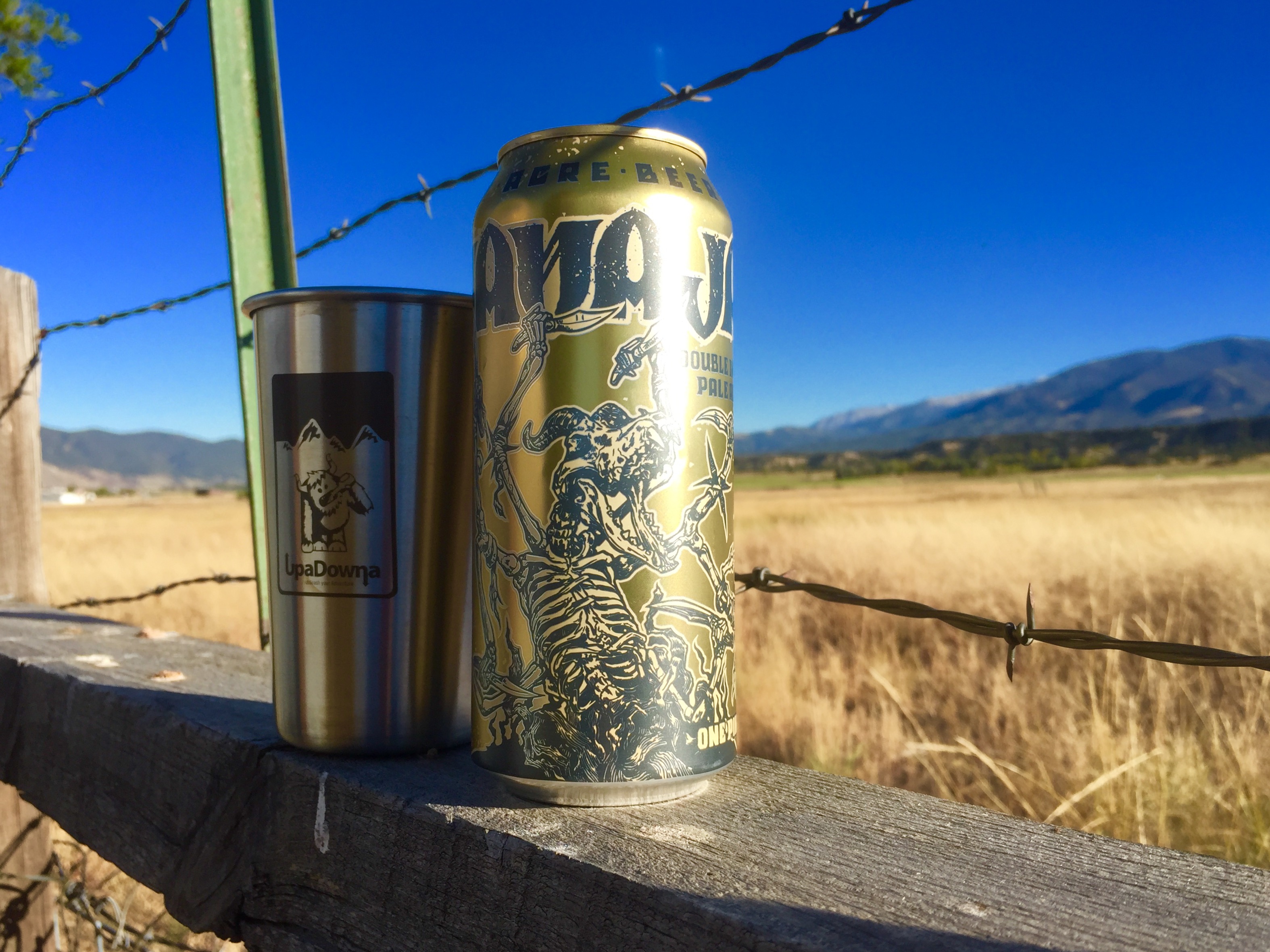 An aprés beer can be an important one. Sometimes it’s casual like a close brewery after a 14er or sometimes it’s pre-planned and can sit in the back of your mind during whatever you’re doing. At least it can dwell in mine. Well this time of year is like Christmas for special beers, due to GABF, which makes stocking the fridge with treats easier than normal. More specifically, Half Acre is in town and since I’m such a Chicago beer fanboy that was my go to this time. I decided to conquer (struggle through) my first century on a bike and I was dangling a Half Acre Navaja (along with many others) in front of me like a carrot on a stick.

Once I got home and ditched my spandex, I wobbled my naked ass to the fridge and grabbed that golden can of glory. Pouring it into a glass, I notice a slightly darker hue than has become the trend with double IPAs. The golden to light bronze color indicated a slightly different malt bill than we’ve become accustomed to with hop bombs and there’s definitely no haze here. The aroma was not overpowering, but pleasing and true to style for a double IPA. It had a clean & crisp earthy hop aroma. The taste is well balanced blending a supportive malt backbone with an easy hop bitterness that lingers around on your tongue in a good way. This beer finished fast due in part to my thirstiness and the smooth drinkability of this double IPA.