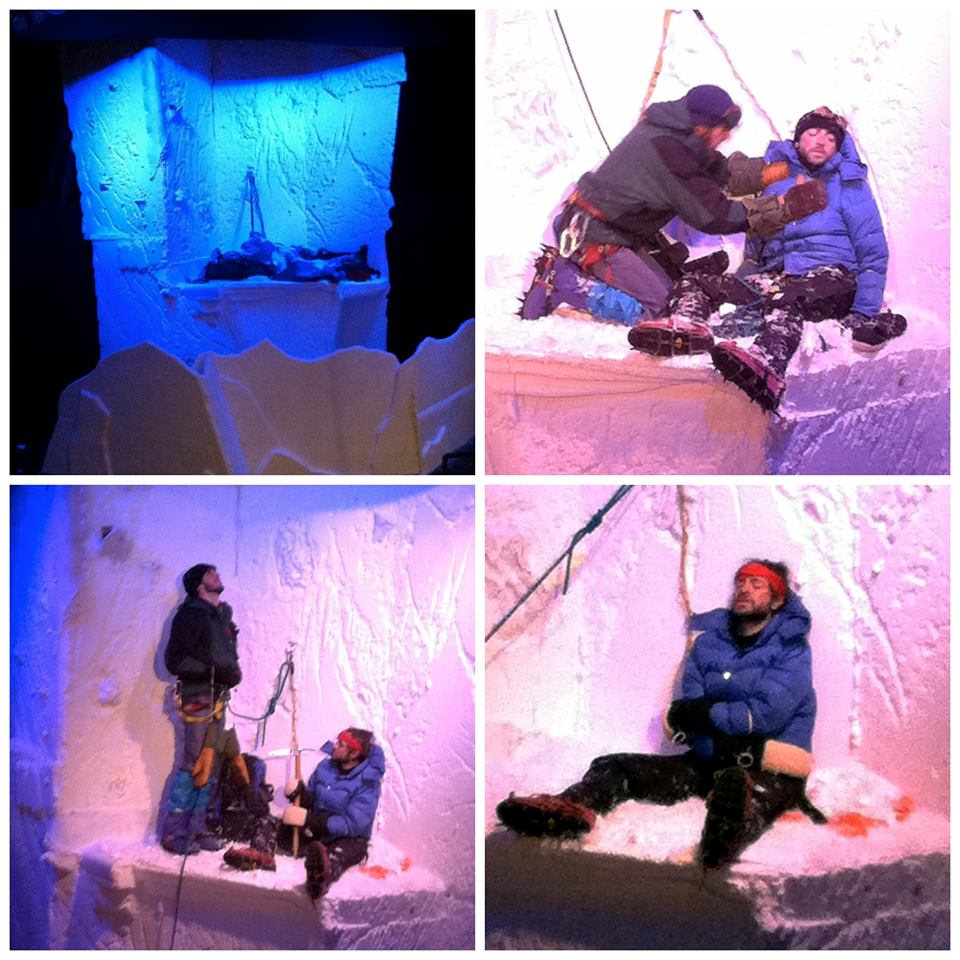 K2 is the second largest mountain in the world. It’s also starred in it’s own movie, and play.  Maybe you’ve heard of, or even seen the movie “K2: The Ultimate High”, but did you know that the 90’s movie is based on a play? K2 by Patrick Meyers, which first debuted on Broadway in 1983,  is loosely based on Jim Wickwire and Louis Reichardt respectively, the first two Americans to summit K2 in 1978.

Since those first days on Broadway, the play has been performed by many theater companies. And locally in Colorado Springs, The Millibo Art Theater took a swing at the performance. Directed by Jim Jackson, the play features two of the area’s best actors, Michael Lee and Stephen Ochsner with set design by Roy Ballard. And while I’m not a huge fan of theater, this was one I couldn’t miss. The fact that it is an outdoor adventure-themed play made it very appealing.

Walking into the theater, I get chills. The set, a thin ledge of look-a-like snow and ice, is lit dimly in blue light. I feel cold. We make our way to our seats which is about the same level as the top of the ledge. The house lights darken and traditional Chinese music transports your mind to the mountain. The play begins.

I won’t ruin the start, or the end for you, because both are great. What I will tell you are my feelings about the entire thing. I felt excited, sympathetic, excited and sad. I pondered the questions both climbers asked each other regarding life, death and everything in between. My mind wandered only a few times, mostly when they talked about physics…and I could feel myself blush and even get a little upset when they discussed women and bantered with some inappropriate “guy talk”.  It’s hard to imagine using 1970’s mountaineering gear,  but they did a great job of portraying the real thing with gear from local climbers, gear shops and climbing gyms. Even with no intermission, this play does a great job keeping you engaged the whole time, wondering what their next move will be, both on the mountain and verbally.  Personally, being an outdoorswoman, I was hoping for a little more “adventure” and a little less “analyzing” discussion of the world. But, when you’re stranded at 27,000 feet and only two guys with one rope…analyzing the way the world works is probably the only thing you can do when you might be departing it soon.